Catharine Downer Sanders was born, Catharine Roberta Downer, on August 6, 1935 at St. Mary’s to Alice Gottschalk Downer and Robert Carpenter Downer. She was a fourth-generation Nevadan with roots back to the mining camps of the 1870s. She spent her early childhood traveling rural Nevada with her parents and younger brothers Robert Jr. and Craig while her father was an engineer for the Nevada highway department. Her love of Nevada and outdoor adventures began in these early childhood experiences, and Nevada and Nevada History, was the source of fascinating stories and fun investigations for her.

Kay attended schools in Reno, graduating from Reno High School in 1953. She was an editor for the RHS school newspaper, an interest she took to the University of Nevada where she began a degree in journalism. She was active member in the Tri Delta sorority. In 1952 she met O’Neil Sanders while skiing at Sky Tavern and they married in May 1955. In June 1956, their first son, Chris, was born in Frankfurt, Germany, where Neil was stationed. They returned to Reno where second son, Eric, was born in 1958. Third son, Scott, was born in 1962 when Kay and Neil lived in Carson Valley where Neil was teaching and coaching at Douglas High School.

In 1963 Kay began writing articles for local papers in the Reno/Tahoe/Carson area, using her journalism skills. She was also busy raising her three young sons, organizing camping and ski trips and lots of dinners, picnics, and parties. During this time, she also held positions at United Airlines and the Job Corps. In 1969, Kay and family moved to Incline Village where Neil was the football coach at the new high school and Kay worked for the Incline Village Improvement District. In the summer of 1969, Kay and family moved to Reno where Neil began coaching at Wooster High, and Kay started working as a secretary at the Mackay School of Mines at UNR. While working at UNR, Kay found time to finish BA and MA degrees in Education. In 1979 Kay started working in the department of Continuing Education, becoming Director in 1982. As Director, Kay was instrumental in forming the Nevada Adult Education Association. She retired in 1995.

In retirement, Kay and Neil enjoyed travelling and spending time with children, grandchildren, and many friends. Kay was also very active leading a hiking club, working with Nevada P.E.O., and as long-time member and editor of the Nevada Women’s History Project’s newsletter. Kay and Neil were deacons of the First Congregational Church in northwest Reno.

Kay will forever be known as a warm, caring, positive person who loved her family and friends and was most happy when she found any opportunity to bring them together. She loved Nevada and spending time in the outdoors and at Lake Tahoe as well as traveling to new places. Kay passed unexpectedly on November 18, 2019 at St. Mary’s Hospital in Reno, NV.

Kay was preceded in death by her father Robert, mother Alice, and brother Robert. She is survived by her husband Neil; sons Chris, Eric, and Scott; brother Craig; grandsons Austin, Jacob, Brock, and Bryce as well as a granddaughter, Mikala. 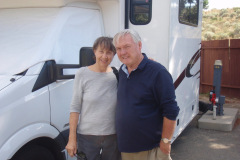 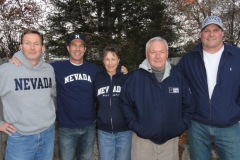 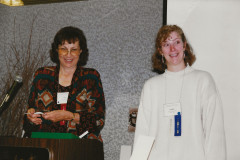 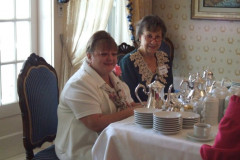